Everyone’s talking about curriculum these days, and this is a Good Thing. As I’ve argued before, we’ve spent too long talking about generic “teaching and learning” or “pedagogy,” without the realisation that content must precede delivery. There is no point talking about how without first establishing why.

However, there are two problems with the discourse as it is playing out: problems that are distinct, but also highly related. The first is that a lot of the change is coming from Ofsted’s new Education Inspection Framework. This isn’t a problem intrinsically, but it’s no state secret that for a long time schools and the CPD industries that spring up around them have been using fear of Ofsted to drive changes, and often bad ones. Sometimes the fear was legitimate, sometimes it wasn’t. But institutional memories live long and we are now in a situation where people are starting to think about their curriculum through that narrow lens of “what do Ofsted want?” rather than “what is the right thing for my school?”

The second problem is our lack of training and vocabulary. There is a wealth of deep curricular thinking out there and though it might have always been a minor thread in teacher education and training, it’s out there, and making a resurgence. But when it comes to implementing changes (in the aforementioned shadow of Ofsted) a lot of the time we lack the conceptual tools not only to express and communicate our ideas but to actually shape them.

Unfortunately, it already seems like people are making mistakes when it comes to curriculum and responding to Ofsted. Following Claire Stoneman’s wonderful blog on curriculum clangers here, I wanted to expand on her list based on some things I have seen, with headlines in the image and explanations below. Buckle up.

1. No statements of curriculum intent

I’ve now seen a couple of dozen people online looking for help writing statements of curriculum intent. This is not the point. Michael Tidd’s excellent article argues that any such statement is likely to be vacuous and banal. This is because the intent of your curriculum resides to a much greater extent in your schemes of work than it does in any vague and platitudinous opening statement. See also comments like:

It seems many schools are spending these last few weeks of the year writing "Curriculum Intent Statements". Surely this is your Key Stage overview and then SoW?

That's the what, and the when, and if you ask, I'll tell you the why!

Where I think there is a bit of nuance here is thinking in directions like this:

.. and sometimes there's not much there at all. So a curriculum intent thingy isn't necessarily a bad place to start if you're in a context in which there just sort of *isn't* a curriculum beyond random PPs in the shared drive.

A response to that of course is that schools that haven’t been thinking about curriculum or paying attention to the changes in the educational zeitgeist are unlikely to be able to think particularly deeply or with much sophistication about their intent. It might seem logical to think about intent before you start planning, but I think it’s more reasonable to actually go out and read stuff on curriculum first. If you think “oh ok I’ve written a statement about my curriculum intent: box ticked, job done!” you are wrong. You need to go read stuff and build the necessary conceptual frameworks to have meaningful conversations about intent. Once you’ve done that, if you really feel like a document of intent will help you then go for it. But if you’re doing it because something something Ofsted, you should stop.

Oh, and if the above wasn’t enough Ofsted don’t even count documents like “statements of curricular intent” as a source of evidence in inspections.

2. No forcing subjects to conform to whole school curricular aims like “big ideas” or soft skills

Big ideas might be incredibly useful in history, or English or psychology or whatever. I am personally not of the opinion that they are helpful in science. Some science teachers disagree, and that’s fine. But our subjects and our interpretations of them are different, fundamentally so. It doesn’t make sense to have all the different subjects in your school follow the same philosophy as their very essences differ in the way they approach truth, reality, generation of knowledge and meaningful experience.

I’ve seen some people talking about whole school curricular aims in a general sense like “creativity” or “critical thinking” or whatever. That’s great, but ultimately it isn’t going to be substantive, not because these soft skills are incredibly context dependent (which they are), but because they mean different things in different subjects. The creativity of a scientist is fundamentally different to the creativity of a writer or a geographer or an artist. Umbrella terms fail to understand this crucial distinction, and should therefore be avoided.

3. No assessing/evaluating curriculum without deep and extensive conversation with subject experts

Subject experts are kings of their curriculum. If you aren’t a subject expert, it’s going to be damn hard for you to really get to grips with what it is they are doing. If you’re a senior leader then you must make sure that you trust your people and hear them out properly. They will be the ones who can explain the reasoning behind the decisions made and without them your thoughts will be extremely superficial. Without their guidance, you’ll end up focussing on meaningless surface details like curriculum intent statements or whether it contains buzzwords like knowledge, metacognition, resilience or 21st century skills.

Curriculum plays out over the long term, and you will only ever be able to see a small part of it. If in your observation cycle (if you have one) you get lots of time to see people, plus pre- and post-observation conversations so much the better. But if you don’t get that be incredibly humble about what you can see and what you can infer. One 20 minute observation a term isn’t going to cut it. You’re better off dropping in regularly and not just to one teacher. If you line manage science, get into as many science lessons with as many science teachers as possible. That’s the only way you’ll really get a feel for the quality of the curriculum a department is delivering.

5. No use of GCSE grades/sub-levels as progression models

Or this, or this or this. Using GCSE grades as a progression model is not just silly (as that isn’t what they are for) but it warps your school’s practice and turns it into a factory aimed at delivering exam results, rather than delivering a beautiful curriculum.

This has just got to die. You need to be rigorous and ambitious for all your students, and not allow the soft bigotry of low expectations to exclude students from the intellectual inheritance that is theirs no matter what their personal circumstances or key stage 2 scores. I’d recommend Ruth Walker’s now seminal E. Coli blog for more on this,

Shaun Allison and Andy Tharby also put this well in Making Every Lesson Count, in a sadly all too familiar story: 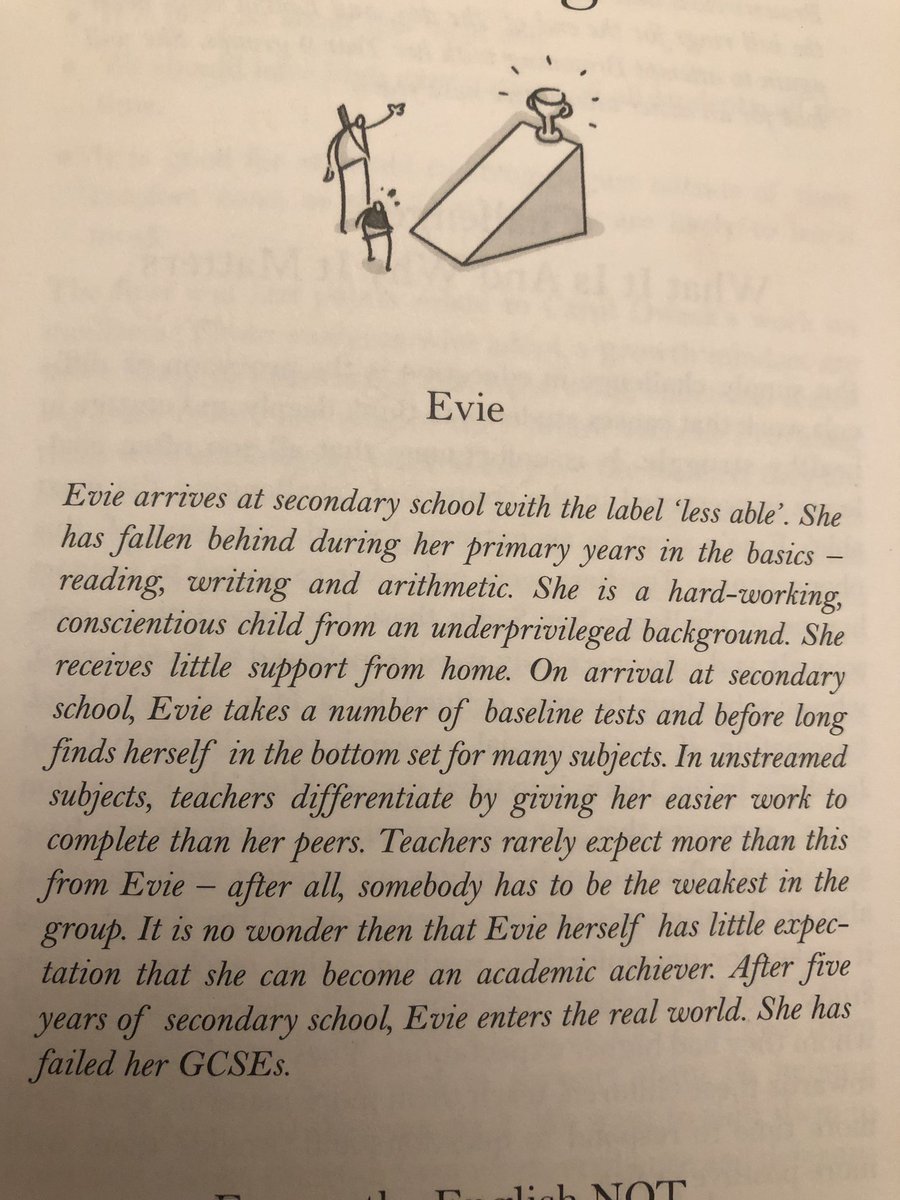 To be sure, there will be some contexts where breaking this rule is justified (like special schools). But those cases will be the tiniest minority and your general rule should be a powerful and ambitious curriculum for all.

This is one of Claire’s ones, so check out her elaboration. An extension to this of course is to be mistrustful of any CPD provider who is selling you the same product as they were selling you last year, just with a few different words. Which leads me on to…

8. No shelling out the big bucks for dubious CPD

If your inbox is anything like mine, then you’ve been inundated with emails selling CPD on curriculum. Obviously telling people to “be discerning”, isn’t particularly helpful, especially if we are dealing with something that people don’t already know a lot about. It’s hard to give any simple rules of thumb, but the below could be loose indicators:

9. No making changes until you know your stuff

Getting clued up on curriculum should be an utterly fascinating journey into the roots of the knowledge and understanding that comprise the very fabric both of your subject and the education your school provides. There are lots of incisive and thought-provoking writers out there, and as well as all the links above you can find further reading here, here and here. Go forth and work curriculum wonders!

One thought on “Curriculum don’ts”